Has the absence of a Publicity Rights Law in Colombia creates contradictory decisions in Trademark case law? About the Colombian trademark applications “TÚ TRANQUILO” and “TUUUUU TRANQUILO!”.

On January 26th, 2018, the Colombian Broadcaster “Caracol Television” filed the trademark application “Tú Tranquilo” to identify “broadcasting television programs” (Class 38) and “entertainment services, sport, cultural and recreational activities, entertainment services through television programs, assembly and production of television shows” (class 41). Against said application, the former Caracol´s sports commentator Javier Fernandez Franco, also known as “El Cantante del Gol” filed a trademark opposition. He argued that the consumer will identify the trademark “Tú Tranquilo” with himself and not with Caracol Television or a third party. He also claimed that the mentioned application harmed his publicity and copyrights according to literals E and F of article 136 of the Andean Community Decision 486 of 2000.

Regarding his publicity rights he claimed that in Colombia, according to the Colombian Constitutional Court, the right includes the physical image, portraits, postures, voices, expressions and every manifestation that is capable of recognizing personal identification. In his opposition he also mentioned other expressions used by other sportscasters such as: “No me digan más caballero” or “Que no me esperen en la casa” used by William Vinasco, and “aumenta el consumo de uñas en los estadios del país” said by Eduardo Luis López. Javier Fernandez said that these types of expressions are common examples of Publicity rights, as they are commonly identified by the consumers with the person who said them.

Concerning copyright, Mr. Fernandez said that this right not only protects books and extensive literary works. According to the Colombian Copyright Office, it also protects titles and phrases that are original, as long as they identify the origins of the work. As evidence to prove his copyright and publicity rights, he filed multiple agreements with the city of Barranquilla’s Mayor Office and the Colombian business “Grupo Éxito” where he was paid by both entities to authorize the use of his image, portrait, and the use of his phrase TUUUUU TRANQUILO! and TU TRANQUILO! in different types of propaganda such as the following:

On January 30th, 2018, “El Cantante del Gol” filed the trademark application “TUUUUU TRANQUILO!” for telecommunication services (Class 38) and entertainment services (Class 41). The said application was opposed by Caracol Television. In their opposition, they claimed that the application lacked distinctiveness because the sports commentator admitted in an interview that it was a phrase of common use. They also claimed that there was an assignment of the copyright of the phrase, as Javier Fernandez had a labor law agreement in which his copyrights were assigned to Caracol.

The sports announcer answered these allegations and claimed that the mentioned interview does not affect the possibility of obtaining his trademark right. He also stated that at the moment he made the said statement he did not have any legal advice, as he did not know the legal possibilities to protect his rights. Despite the phrase “Tu Tranquilo” may be of common use, when it was used in the sports context, his persona was perfectly identified. He also mentioned that Caracol’s  non-distinctiveness claim is contradictory when they were filing the trademark “Tu Tranquilo!” that it was almost the same. Mr. Fernandez also filed as evidence a recording of soccer (football) matches where he used the expression “Tú Tranquilo” to refer different situations to evoked safety when there was a goalkeeper that prevent a goal. Said broadcast happened long before his employment in Caracol Television in 2014, as he was working at another broadcaster named Cadena Radial Colmundo Radio at the time. Although younger people identify the phrase with the current goalkeeper of the Colombian National team, David Ospina, the phrase “Tu Tranquilo” has been used since the 1990s. For example, this phrase was used in the match between America de Cali and Club Deportivo Cali in 1993, where the sports announcer said “Tú Tranquilo Miguel Calero” referring to a moment in the game in which the mentioned goalkeeper of the Deportivo Cali team, prevented a goal. Therefore, Mr. Fernandez´s defense concluded that if the phrase was susceptible of copyright or publicity right protection, Caracol could not be the holder of any right on the phrase.

As for the possibility of protecting the phrase as a brand, Javier Fernandez added that obtaining his trademark prerogative was not incompatible with his image and copyright rights, because there were existing precedents on the topic. He mentioned the case of the football player Carlos Alberto Valderrama, also known as El Pibe Valderram, in which he registered in Colombia a gestural trademark in 2016 (trademark file nº 15242759). In this case, the Colombian Trademark Office granted this brand based on the public identification of the “Todo bien” gesture as his own. More importantly, the Trademark Office rejected the third party trademark application “Todo bien” to identify an energy drink in class 32, due to the existence of Pibe Valderrama Right of publicity.

At that time the TMO concluded (File number: 14176374):
¨Similarly, by virtue of subparagraph (e) of Article 136 of Decision 486 of the Commission of the Andean Community, it is not possible to register as a trademark a phrase or gesture that uniquely identifies a certain person recognized by the public, without her consent, because her right to privacy, image and prestige is violated¨.

On May 30th, 2019, throughout Decisions Nº 18521, 18794 and 18781, the Colombian TMO rejected the applications ¨Tú Tranquilo ¨ and ¨TUUUUU TRANQUILO!” as well as the oppositions of Caracol Televisión and Javier Fernandez. The TMO concluded that both wordmarks were expressions of common use in Colombia. Also, the TMO considered that the evidence provided by the sports commentator was insufficient to plead the existence of neither a right of publicity rights nor copyright. Thus, the Colombian Trademark Authority contemplated that the evidence provided was irrelevant and cannot be registered, despite the mentioned precedent of El Pibe Valderrama’s trademark and the related refusal on the “Todo bien” application that can be also classified as expressions of common use.

The question that remains after reading the mentioned Decisions is if the Colombian Trademark authorities in charge of deciding these applications, had stricter criteria, regarding the lack of distinctiveness when the wordmark is of common use, despite it is not related with the identified products and services, as it happens in those cases. The answer seems to be affirmative taking into account the following outcomes of  the previous trademark authorities. In May of 2017, the Colombian actress Amparo Grisales registered her well-known phrase “Me ericé” (trademark file nº SD2017/0038297) to identify theatre performances (class 41). This phrase is used by the actress in the TV show “Yo me llamo” every time she gets excited by the performance of one of the participants.

Likewise, in 2018 the famous reggaeton singer Maluma registered his signature phrase “Pretty Boy Dirty Boy” (trademark file nº SD2018/0061663) to identify products of pharmaceutical preparations (class 5), Vehicles, apparatus for locomotion by land, air or water (class 12), precious metals and jewelry (class 14) and non-alcoholic beverages (class 32). Despite the phrase has nothing to do with the classes it represents and it is composed of four words identified as words of common use, the TMO at that time recognized the original value of it, using these four words all at once and in a specific order.  However, the TMO denied Fernadez’s application despite it was clear that the average consumer identified him with this phrase. Fortunately, in February 2020 a new Director was assigned in the TMO and perhaps these types of contradictions in the trademark case law related to publicity rights may be amended.

With all of this in mind, it is important to recall the importance of regulating the Publicity Right in a single law. This way it will be clear what is the Publicity Right, how it is protected and assigned. Furthermore, it may be possible to have more registrations of trademarks even using expressions of common use, if they, somehow, identify a specific person. With one specific law that regulates this Right as it is currently happening in other neighbor countries such as Ecuador, the burden of the TMO can be lightened and in some way, it would help to make the registration criteria more flexible regarding phrases that may identify individuals for publicity purposes such as in the mentioned case. 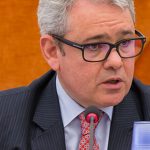 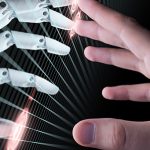