WIPO’s current Director General is Mr. Francis Gurry from Australia that has held this important position since 2008 and before him, Directors have originated from the Netherlands, United States, and Sudan. As it appears that WIPO’s custom is to not repeat candidates from the same continents, it is likely that the next WIPO Director may either be from Asia or Latin America.  There is already a total of ten (10) potential candidates and one of the following will be the next Director General:

There are rumors that the candidate from Argentina will remove his candidacy and if this happens, there will be two (2) candidates from Latin America and Africa, four from Asia, and one from Europe. An in depth study of each candidate’s CV uploaded on the WIPO website (https://www.wipo.int/about-wipo/en/elections2020/) in relation to their work before WIPO shows that Marco Matías Alemán from Colombia is the most qualified to direct the World Intellectual Property Organization.

Mr. Aleman has been working for WIPO for the last 20 years (since 1999), initially as a Senior Program Officer, Cooperation for Developments for Latin American and the Caribbean; then as the Deputy Director of the Division for Public Policy and Development; Deputy Director of the Patent Law Division; and currently as the Director of the Patent Law Division that perhaps is the most complex IP subject matter.  Furthermore, Mr. Aleman acted as Chief of the Colombian Industrial Property Office from 1995 to 1998 and as a negotiator, participating in the construction of the Andean IP Legal Framework (Decision 486 currently in force) and bilateral negotiations (with key commercial partners).

As a WIPO official, he assists countries in different regions throughout the world in drafting their IP laws and policies as well as leading one of WIPO’s key substantive division (the Patent Law Division). He has also contributed considerably on IP developments at the multilateral level, i.e. on the work conducted at the Committee on IP and Development (CDIP) on patent related flexibilities, as well the international norm setting work of the Standing Committee of the Law of Patents (SCP), where he has been acting as Secretary since 2013, and on the promotion and implementation of multilateral treaties in the field of patents, namely, the Paris Convention (PC), the Patent Law Treaty (PLT), and the Budapest Treaty (BT).

Regarding international projects, two (2) of Mr. Aleman’s achievements worth mentioning are the design and implementation of a new international program to assist inventors with limited resources to seek patent protection for their inventions (the Inventor Assistance Program), which has been successfully implemented in different regions of the world. Another is an international patent drafting program, aimed at creating local capacities in the elaboration of patent applications, which is directed at improving the number of patents filed by residents.

Even though Mr. Aleman’s expertise at WIPO is the most important factor that WIPO sessions should take into account when electing their next Director General, Mr. Aleman’s academical experience is another important factor.  He has travelled around the world lecturing before Intellectual Property Associations, Universities, and Government Institutions in which not only Patent Law has been the main topic of his conferences, but trademarks and copyright matters have been covered due to his clear and broad knowledge on the application and principles of the most important Intellectual Property Treaties administered by WIPO such as the Paris Convention, Bern Convention, PCT, and Madrid Protocol. His academic contributions on IP matters have been well received by the Academy, IP Offices, and Judiciary (particularly within the Andean region, where decisions from the Andean Tribunal of Justice and scholars regularly quote his articles and books).

Finally, it is important to mention that not only does Mr. Aleman have the support of Latin American Governments that will vote for his nomination, but also from other Governments that trust his experience to handle the upcoming challenges of IP thru the different treaties administered by WIPO. 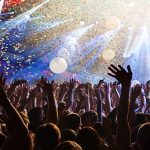 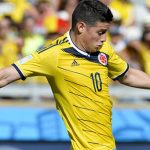 Has the absence of a Publicity Rights Law in Colombia creates contradictory decisions in Trademark case law? About the Colombian trademark applications “TÚ TRANQUILO” and “TUUUUU TRANQUILO!”.Uncategorized