During 2011 and 2012, there have been different amendments to Colombian IP provisions, due in part, to the adoption of different international agreements, such as the trademark law treaty, the Madrid Protocol and the Free trade Agreement with the US.

The most relevant changes are the following:

Law number 1450 of 2011 has established that in case an author does not agree on the ownership of economic rights with an employer or contractor that orders the creation of a work, the ownership of those rights pertains to the latter.

The following two elements are required for said transfer of the economic rights:

–  There must be a written, labor or civil law agreement; and

– The works created must be related to the regular activities of the employer or contractor.

These new provisions are a clear approach to the Anglo-Saxon system or the so called work made for hire, where usually the absence of agreement on the ownership causes the automatic transmissions of the copyright to the employer, or company, that orders the production of certain types of works. However, the new Colombian provisions do not distinguish the types of work for which they are binding. Hence, it is applicable for every type of work created under labour law or civil law agreements by which a contractor commissions its creation.

In the event that the parties involved in an economic rights assignment or exclusive licence agreement do not concur on the duration and place, Law 1450 of 2011 indicates that the place where the parties have signed the contract will be the one applicable, and a standard period of five years for exploiting the economic rights shall be granted.

There have been many provisions of the implementation law (1520/2012) that already existed in our legislation such as the definitions of authorship and ownership. However, the most significant changes of this implementation are:

a) Economic rights term extension increases from 50 to 70 years for legal persons. This will clearly benefit the interest of companies that own economic rights. The change is applicable for rights that are currently in place and not for rights that have already lapsed the previous 50 years duration.

b) The amount of Colombian television productions on public channels on weekends and holidays decreases from 50 to 3%. This provision clearly favours the interest of foreign productions interested in investing in Colombia.

There have been critics to the implemented law (Number 1520/2012). Most of the critics are oriented to denounce the absence of limitations and exceptions in favour of the visually impaired libraries, archives and educational institutions.

In spite of the current implementation of law 1520 of 2012, it is important to mention that the Colombian Constitutional Court is currently deciding two complaints requesting the unconstituonality of said norm. Some of the constitutional rights that these complaints argue law 1520 is violating are the freedom of speech and information. In the event the Court declares this norm unconstitutional some or all of its articles would not be valid any more.

On 20 August 2012, the Madrid Protocol will be in force in Colombia.  This is the second Latin American country after Cuba to adopt this agreement in its legislation. Mexico is now the third country to approve it but is pending to deposit its accession documents before the World Intellectual Property Organization.

The implementation of the protocol will clearly save administrative costs to national and foreign applicants and it would be interesting to see if other Latin American countries adopt it in their legislation after observing its practice in Colombia and Mexico.

a) Notarisation and legalisation of documents that had to be filed before the Industrial Property Office (Superintendencia de Industria y Comercio – SIC) are not required anymore. Before the new reform, documents such as power of attorneys were needed to be notarised and legalised in order to be accepted by the SIC. Now, an applicant just needs to sign the power of attorney in order to fulfill the formal requirement. The SIC has even adapted the digital applications system and is currently accepting a scanned copy of power of attorneys signed by the grantor.

The only event in which the SICrequires notarisation and legalisation is during the filing of a waiver of rights in which the applicant must fulfill the previous formalities.

b) Certificates of legal existence and representation are not required anymore for any application.

a) Multiclass applications are now allowed not only for trademarks but also for slogans. This is another way by which the application costs will now be significantly reduced. The old system that does not allow multiclass applications still exists; however, applicants that would like to register a trademark in more than one class will benefit from the new system.

b) Divisional applications and registrations are also possible for an additional official fee. The divisional is permitted for goods and services that are in the same or different international classes.

c) Officials fees for recordals related to change of name, address or domicile of the trademark have been reduced by 50%, and it is possible to file only one application requesting changes in different registrations. The applicant will still have to pay the 50% reduced fee for each change, but filing a unique application will save time and administrative costs.

d) Elimination of reconsideration petition. A trademark applicant had the possibility to file a reconsideration petition before the same officer that rejected the application and a subsidiary appeal before a superior officer. Now, the new law only admits the filing of an appeal and eliminated the reconsideration petition, as it has happened with patent prosecution where it is only possible to file an appeal after receiving a denial from the office.e) Finally, the new industrial property provisions determine the requirements of the filing date. The SICwill only consider a filing date when the applicant has fulfilled all formal requirements. This filing date is very important to agree on the priority date in case the application will serve for requesting a prior right. 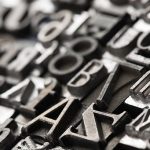 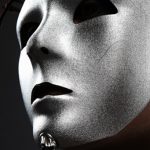